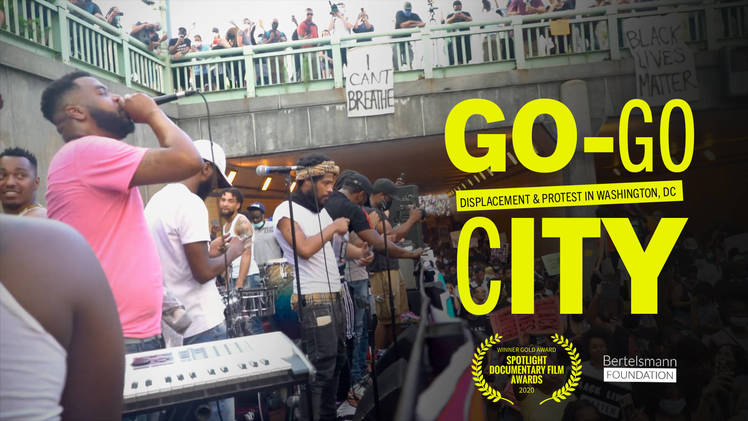 A screening and discussion of the documentary Go-Go City: Displacement and Protest in Washington, DC.

As part of our ongoing documentary series with the Bertelsman Foundation, join us for a special screening and discussion of the documentary Go-Go City: Displacement and Protest in Washington. Following the screening, director Sam George will discuss the film followed by a live concert with DC go-go band Rocksteady.

About the film: For decades, Washington, DC has been a beacon for Black culture and community. Now, however, a wave of economic and cultural gentrification occurring at breakneck speed threatens to erase this history. The film interweaves scenes of protest as displaced communities take to the streets to rally around the city’s beloved Go-Go music.